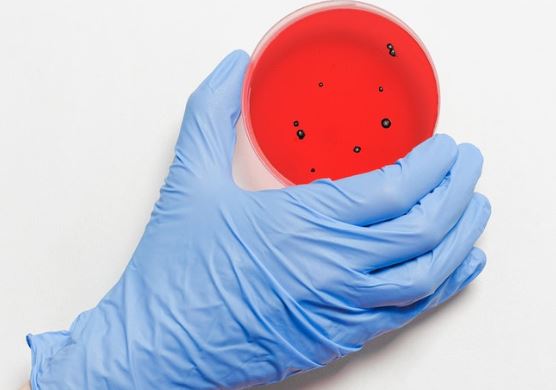 Although the root cause of almost all autoimmune diseases is unknown (apart from Celiac Disease in which case the culprit is Gluten), established and new research links bacterial and viral infections to many autoimmune conditions. It is believed that in some cases these infections, might act as a ‘trigger’ in some more genetically predisposed individuals (mostly with gene mutations in the Human Leukocyte Antigen, HLA, gene area) or combined with other factors that influence autoimmunity such as Intestinal Permeability, low levels of Vitamin D, Hormonal Imbalances, Gluten Intolerance, Heavy Metal Toxicity, Xenoestrogen Exposure, etc., they might initiate of exacerbate autoimmune illnesses.

Personally, I see many clients with autoimmune conditions such as Hashimoto’s, Rheumatoid Arthritis, Lupus, etc., and during the initial consultations I always try and drill down and find out about symptoms of potential bacterial or viral infection that might be linked to their health concerns. Of course, comprehensive functional medicine testing through tests such as comprehensive stool analysis is always helpful too. After all, on average we have 10 trillion bacteria, 140,000 viruses and likely hundreds of different parasites living in our gut, so it helpful to narrow these down.

Anyway, below I’m sharing some of the more common bacterial Infections linked to some autoimmune conditions. I also plan to write an article specific to viral infections and autoimmunity soon, so watch this space.

H. Pylori is a very common infection here in the UK and allegedly 40% of people have it. H. pylori bacteria may be passed from person to person through direct contact with saliva, vomit or faecal matter. In about 9 out of 10 people it will not cause any health issues, so infected individuals are not even aware they have it. However, in others it can cause stomach and duodenal ulcers, and it is also linked to an increased risk of stomach cancer.

Some of the symptoms of an H. Pylori infection is an ache or burning pain in abdomen, pain, which is worse when you have not eaten for a while, burping and bloating. Sometimes Doctors misdiagnose this as excess stomach acid and prescribe medications such as Omeprazole, from a  class of drugs also known as Proton Pump Inhibitors. These can make the condition worse if misdiagnosed as chronically lowering your stomach acid levels disrupts digestion, leads to vitamin deficiencies and also invites more bacterial, viral and parasitic infections in!

Klebsiella pneumoniae are bacteria that normally live in your intestines and faces. They are harmless when they’re in your intestines, however, if they spread to another part of your body, they can cause severe infections. Examples of parts they can spread to are: lungs, bladder, liver, eyes. Depending on where they spread to, they cause severe infections such as bacterial pneumonias, urinary tract infections, meningitis, soft tissue inflammations such as necrotising fasciitis (a flesh-eating infection, which can be very deadly).

This bacterium is also linked to a number of autoimmune conditions. In particular, Klebsiella bacterial infection is linked to an autoimmune condition called ankylosing spondylitis (AS), characterised by severe back and pelvic pain and reactive arthritis as well as Uveitis, an autoimmune eye inflammation (2). In these cases, the immune system becomes ‘confused’ and starts attacking the tissue where the bacteria have spread to because of a process called ‘molecular mimicry’. The immune system gets confused partly as to which tissues to attack because of the genetic mutation of the HLA-B27 gene, and that is why it is known as a ‘B27 disease’.

Yersinia is a bacterium you can usually get from consuming undercooked pork, however, Yersinia is also a Lyme Disease co-infection, which you may get from a tick bite. Symptoms of Yersinia contamination appear 4–7 days after exposure and can last up to 3 weeks. They include fever, stomach pain, nausea, vomiting, and bloody diarrhoea.

Yersinia contamination is linked to Chron’s Disease a form of auto inflammatory bowel disease (3) as well as autoimmune thyroid disease such as Hashimoto’s (4).

Mycoplasma is a contagious respiratory infection that spreads easily through contact with respiratory fluids. It is also a very common Lyme Disease co-infection too. It is sometimes known as ‘walking pneumonia’.

As you might have guessed infection, in as high as 25% of people may also cause the body to produce antibodies against self-tissues to initiate or exacerbate autoimmunity. In particular it has been linked to the trigger of Ankylosing Spondylitis (5), Rheumatoid Arthritis, Juvenile Rheumatoid Arthritis (6) and Haemolytic Anaemia (7).

There is an emerging research that chronic infection with the Borrelia Burgdorferi and other types of Borrelia bacteria such as Borrelia Afzelii can actually trigger autoimmunity. This is the premise of the second part of my upcoming book ‘Lyme in the Limelight’ – people with chronic Lyme Disease may actually be dealing not only with a dangerous persistent infection, but also symptoms, sometimes severe, which may be autoimmune mediated.

Anyway, there is research between two main mechanisms that the Borrelia bacteria triggers autoimmunity (which may be autoimmune attacks to different tissues). One is the fore mentioned molecular mimicry mechanism – causing the immune system to attack the wrong tissues. In the case of Lyme Disease this could be the heart muscle causing what is known a as a ‘Lyme Carditis’, which can be life threatening (8), or autoimmunity aimed at the joints, which causes Lyme Arthritis (9). Such reactions caused by the Lyme Disease bacteria can also cause autoimmune reactions to the myelin sheet of the nerves or the brain’s microglial cells (part of the brain’s immune system). This is why the symptoms of Lyme disease are so dangerous and varied – they can mimic many neurodegenerative and brain diseases or cause a heart failure!

The other key mechanism by which Borrelia over activates the immune system is by activating what are called Toll Like Receptors (TLR) of the Immune System. These play a key role in both innate and adaptive immune responses, our first and second defences against bacteria and pathogens as explained above. When TLRs are activated, these trigger pro-inflammatory genes, which usually help resolve an infection, however, if something is triggering these constantly, this might also lead to an overactive immune system and autoimmunity.

As you can see these bacteria, and some people have more than one bacterial infection, in addition to a variety of viral and parasitic infections, can make people very unwell and potentially trigger autoimmunity. Once autoimmunity is triggered, it is not possible to ‘cure’ it, however, it is possible to get the condition into remission and minimise symptoms and discomfort.

How Nutritional Therapy Can Help: