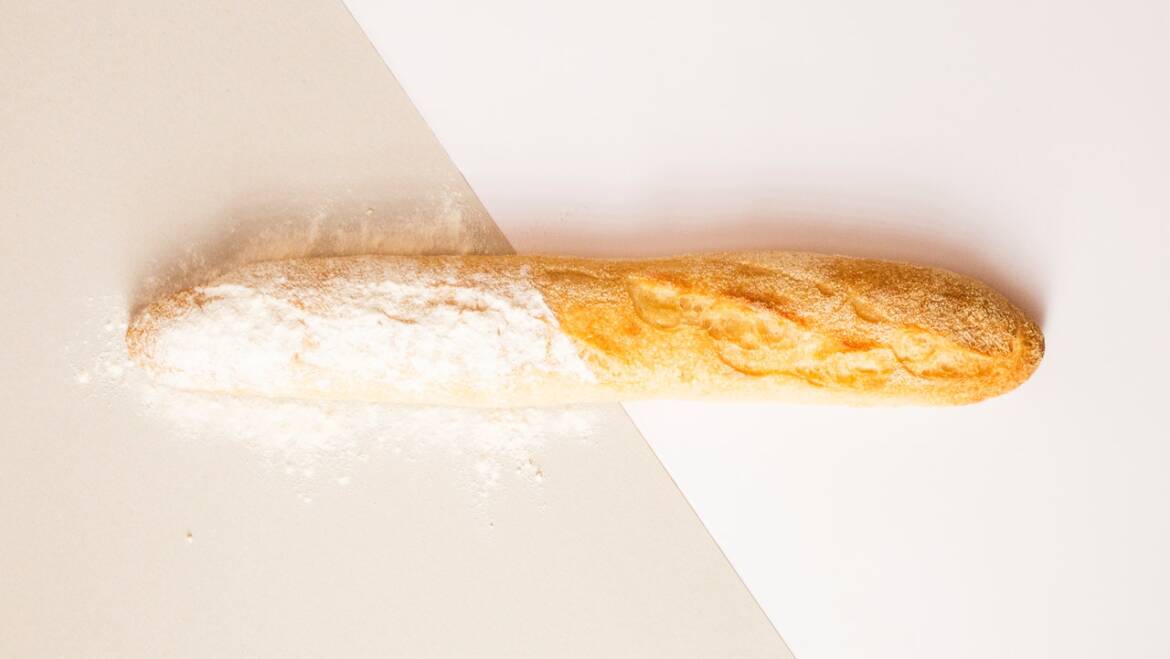 Gluten, the protein naturally found in some grains including wheat, barley, and rye is a very inflammatory food, even in healthy individuals. It is especially detrimental in people with autoimmune conditions such as Multiple Sclerosis, Lupus, Psoriasis and Rheumatoid Arthritis.

The truth is that the wheat we eat today is not the same as the wheat our great grandparents ate – gluten has been highly hybridised and de-aminated (altering the protein sequence by combining different types of wheat) over the years. In addition, wheat is constantly bred to contain more gluten –  I know this because my father is a crops farmer back in Bulgaria and one of the measurements of ‘good’ wheat quality is a high gluten value.

In addition to the reaction to gluten, some people also react to Gliadin (a class of proteins part of Gluten) or Glyphosate – a herbicide known as Round up, which is very widely used by farmers around the world (regrettably the EU allowed to renew the Glyphosate/Roundup licence in 2017, despite the detrimental effects on the environment and research, which identifies it as a probable carcinogen – a cancer causing substance, more info here EU settles dispute over major weedkiller glyphosate – BBC News).

When I work with clients with such conditions and in my personal experience of living with an autoimmune condition, gluten alongside some other inflammatory and cross-reactive foods such as dairy (because of Casein, a protein similar to Gluten), sesame and corn are some of the first foods we aim to exclude from diet. But gluten is also in a lot of cosmetics, glues, supplements, pills, beer, ales, lagers, candy, chips, deli meats, gravy, french fries, tortilla chips, soy sauce etc., so sometimes a whole lifestyle overhaul is needed. Even foods labelled ‘gluten-free’ are allowed by (EU) law to contain 20 ppm (parts per million), gluten, which may still cause a reaction in some individuals.

Just as a side note, gluten is implicated in a variety of other conditions such as Neurological Disorders including Dementia (1), Thyroid Conditions (2), Gluten Ataxia (a rare immune-mediated disease in where the body’s immune system attacks the nervous system as a reaction to gluten) (3) and Depression (4), but here I would like to talk more specifically about gluten and autoimmunity.

It is important to understand that Gluten is sometimes a problem in people with other health conditions apart from Celiac Disease, the autoimmune condition where your immune system attacks your tissues when you eat gluten. I find a lot of my clients, especially those with autoimmune conditions, are what is classed as ‘Non-Celiac Gluten Sensitive’.

In other clients, where there is a lot of inflammation going on and suppression of the immune system, I also advise them to completely avoid gluten because of the negative effect on the immune system through the leaky gut mechanism (explained below).

In this article I would like to specifically discuss two main topics – Leaky Gut and links to autoimmune diseases and also Gluten Sensitivity Testing.

Intestinal permeability, which is often known as ‘leaky gut’, is a condition in which substances (undigested food, bacteria, toxins etc.) we ingest pass through the intestinal wall. This is a problem because 70% of our immune system is based around the gut wall to exactly protect us from these.

Gluten, its proteins (discussed below) and other proteins in foods such as Casein (found in dairy) have been known to disrupt this gut wall, which is only once cell thick. This may lead to constant re-activation of the immune system every time we consume gluten (especially in gluten sensitive people eating the standard diet of: cereal for breakfast, sandwich or baguette for lunch and pasta for dinner – all containing a lot of gluten!).

Research has now established that this chronic disruption of the wall is linked to different autoimmune conditions such as Rheumatoid Arthritis, Multiple Sclerosis and Lupus.

In my clinical practice and as part of my own experience, removing all gluten and other inflammatory foods may have a significant impact on autoimmune symptoms and disease progression. In most cases just removal of gluten may not be enough though as nutritional therapy strategies to heal the intestinal wall and re-balance the gut bacteria have to also be adopted alongside gluten free diet.

Interestingly, researchers are now also begging to link ‘leaky gut’ to ‘leaky brain’, where this continuous activation of the immune system via the ingestion of inflammatory foods such as gluten and the associated translocation of toxins and bacteria may lead to neurological diseases such as Alzheimer’s, depression and even schizophrenia (5).

I find a lot of my clients are gluten sensitive, but the standard tests used are not picking this up. Gluten sensitivity testing is very complicated because people may react to different parts of the Gluten protein, however, not many labs test you for these comprehensively.

Most laboratories for example only test to one part of the Gluten protein called ‘Alpha Gliadin’ or don’t specify at all which part of the protein they are testing for (in these cases you may get FALSE NEGATIVE results). Good tests should test for Alpha, Omega and Gamma Gliadin as well as the compounds explained below.

Is the sticky portion of gluten that makes up nearly half of it. Many people who have NORMAL reactions to Gliadin have SEVERE REACTIONS to Glutenin (so, in short, you have to test for both, plus the compounds I list below).

As I mentioned above, a lot of the wheat nowadays is deaminated and because of this process some people have become very sensitive to deaminated gliadin.

Other proteins in gluten a good, comprehensive gluten sensitivity test should include are:

These markers are being included in some of the sensitivity tests with Cyrex Labs, one of the labs I work with.

You can also test your genetic predisposition to Celiac Disease and gluten sensitivity by looking at the HLA-DQ genes, however, epigenetic (lifestyle) factors are largely at play in genetic expression (I can also provide such tests).

Please note I only recommend particular testing for clients as part of a consultation package.